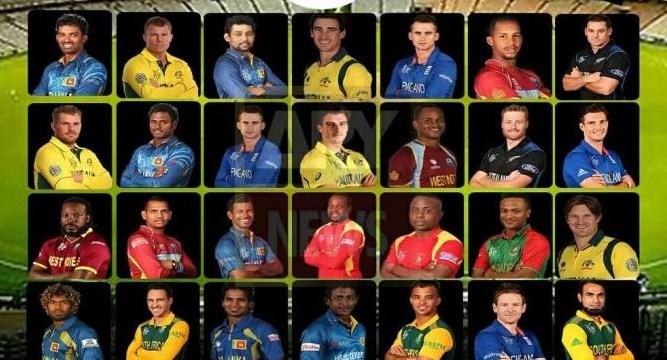 HBL Pakistan Super League PSL-T20 is growing season by season and now PCB has released Thirteen (13) new International/Foreign players list who have agreed to become the part of lucrative Pakistan T20 League. Now these players are available for PSL 2018.

PSL fervor just sweeping into the veins of the cricket fans. Every passing day will penetrate the enthusiasm of PSL 2018 more deep into the crowd. This time PSL seems to be promoting more Pakistani raw talent available in the street cricket. However choosing home grounds for semifinals and finals will in turn made the future of cricket in Pakistan more secure and pleasant. Though the larger scale of players get selected are the Pakistani natives; still international players not only complete the number of PSL teams but they are the core makers of PSL 2018. Glam to this mega event will be driven by the international cricket stars acceptance for playing PSL 2018. A great view of PCB’s chairman Najam Sethi is that now many of the international cricket stars becoming part of PSL ever year. Assuring this thing a statement come from Pakistani Secretariat:” PSL is all set to become bigger and better with more international stars signing up to take part in the Player Draft for PSL 3 (3rd Session of PSL).”

Here is the list of the International Players signed to be a part of PSL are as follows:

PCB chairperson Najam Sethi says: “This is an expansion year and, therefore, our efforts are geared towards making this bigger and better than the first two seasons.” He continues by saying: “We have top tier international talent joining a pool of released players and this sets up very nicely for the main draft,” International stars are the significance providers in many ways as they not only add their part of experience but geared up the complete season by making it a roller coaster ride for the fans and the followers. So every PSL has scheme their team by picking up one from each gold, platinum and diamond categories 2 are allowed from each silver and rising category. However four supplementary players provided to every squad to complete their teams. Same expertise players picking up technique will equipped this PSL season 3 to another level of advancement.