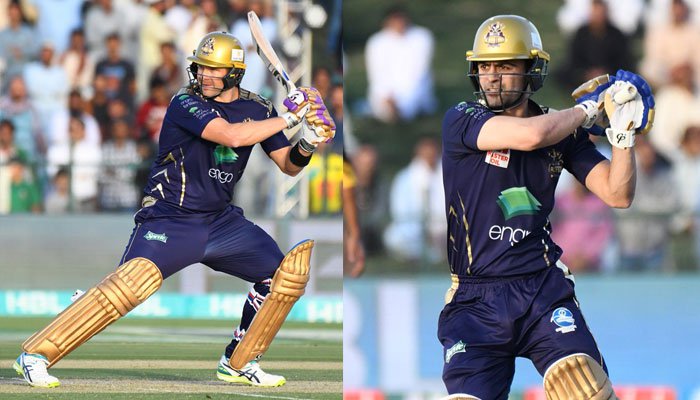 Gladiators hit the target of 166 runs by Zalmai on the loss of two wickets in the 18th over.

On the proposed score of 98, Imam ul Haq also bowled out, while third wicket Kamran Akmal, who scored 72 runs.

Pollard played a pivotal game from Peshawar and scored 44 runs on 21 balls.

Mohammad Nawaz, Mohammad Hassanin, DJ Bravo and Fawad Ahmed, Quetta Gulidi's E-mailers, got out of one one.

In the second half of the innings, Shane Watson and Ahsan Ali started an innings by Quetta. However, Ahsan Ali became a runner in the second over.

After the first fall of the first fall, Shane Watson and Ahmed Shehzad performed a responsible batting while moving their team's score and founded the victory. Both the players completed the half-century and the 129-run partnership was established.

Ahmed Shahzad made 50 runs while Shane Watson made 91 runs unbeaten.

Quetta got the target target at the loss of two wickets in the 18th over when Peshawar and Samir Asif scored one wicket from Peshawar.