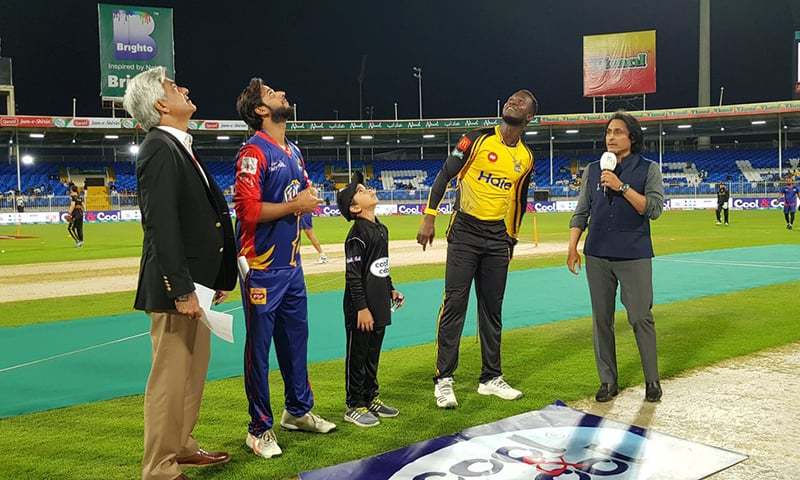 Karachi Kings won the toss and elected to field

In the 29th match of the fourth edition of the Pakistan Super League (PSL), Karachi Kings have decided to win first to bowl by winning the toss against Peshawar Zalmai. Today, the match will reach Karachi in the event of winning today with good margins. Pakistan Super League has officially returned, issued a special guideline for the visitors who came to see their favorite domestic and foreign players in action. There has been 5 places for parking of fans of fans, at the University Road, the park has been built at Hakim Saeed Park, Urdu University, Sunday Bazar and Expo Center, while in the poor Nawaz Football Ground on the Dalmiya Road, fans can park their vehicles. Will, stand-by-day players watch the game with a parking-shuttle service The real identification cards and tickets for fans coming to the station must be delivered, there is no permission to bring food packages to the stadium and women's handbags, fans only get mobile phones with which the power bank is not included, the Sindh government On the occasion, there are special security arrangements on the occasion, security outside of the station, police have been handed over to the security Rangers, more than 90 in the stadium while planting more than 300 CCTV cameras outside of the stadium. The stadiums and the inside and outside situations are being monitored.