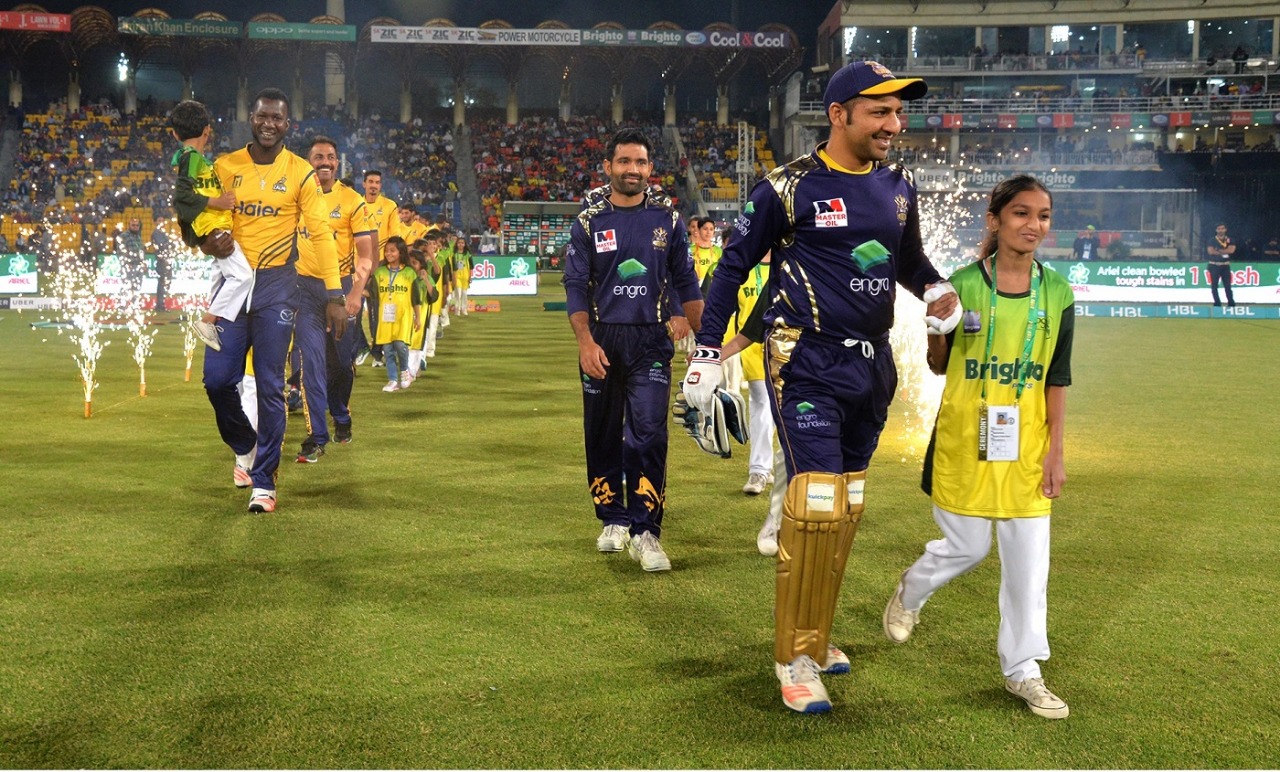 Sarfraz Ahmed, captain of the gladiators in the game played at Dubai International Cricket Stadium, won the toss and invited Peshawar Zalmai to bat first.

Peshawar Zalmai decorated a score of 155 runs for the loss of 4 wickets on the score board in the 20 overs.

By Quetta, Mohammad Nawaz two when Imran Junior and Ghulam Mudassar got one of the players out.

Quetta Gladiators started batting in the pursuit of 156 runs, so at the beginning itself, Ahmed Shahzad and Shane Watson soon returned to Pelilan.

After being out of the three wickets, Umar Akmal and Sarfraz Ahmed performed excellent batting in the fourth wicket partnership and in favor of both of the responsible innings, Quetta-eun's target at the loss of 4 wickets in the last over.