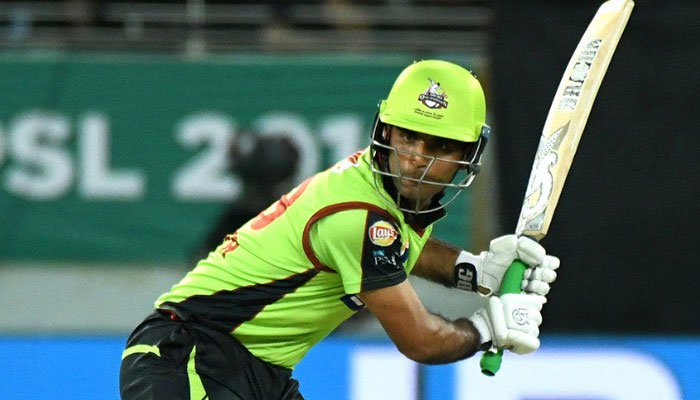 The first Taka's PS-4, Lahore Qalandar, hit the target of Islamabad, due to the aggressive innings of Fakhrat Zaman, Lahore's team was able to make 171 runs in 20 overs in 20 overs. Earlier, in the first match of the fourth edition of Pakistan Super League, Islamabad United won the toss against Lahore Qalandar and decided to field first.

Lahore Qalandarz Fakhr Zaman 65 runs, due to the loss of 8 wickets in the 20 overs, 171 runs were made. Fahim Ashraf, represented by Islamabad united by two wickets, got two wickets. Clearly, 34 matches will be played in PSL4, out of which 8 will be in Pakistan and hosting other matches will ground Dubai, Sharjah and Abu Dhabi.

Remember that the fourth edition of the Pakistan Super League organized by Pakistan Cricket Board (PCB) will start in the UAE and Pakistan from February 14, the League final will be played in Karachi on March 17, 6 teams in the league for the title Panj will take action, will be played under the League Round Robin format