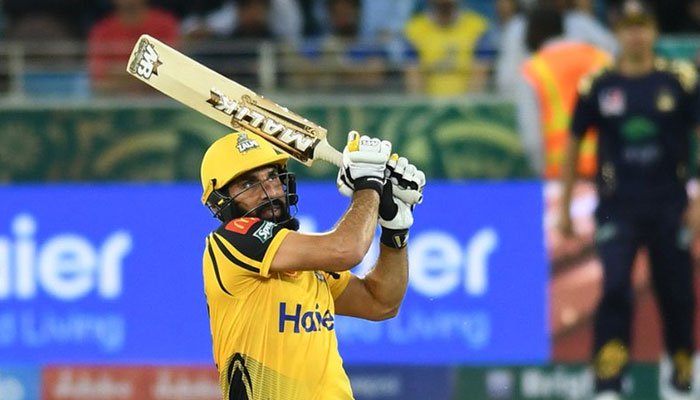 Misbahul Haq scored 49 each off 36 and 32 deliveries respectively. Misbah remained not out

In the first doubleheader of the tournament, Quetta Gladiators led by Pakistan skipper Sarfaraz Ahmed is looking to exact revenge against the Darren Sammy-led Peshawar Zalmi who knocked them out by just one run in last year’s eliminator.

Quetta are banking on local talent in the form of batsman Umar Akmal and Ahmed Shehzad, who along with Mohammad Asghar and Jalat Khan, add much needed power to the Gladiators squad.

For Quetta, Australian all-rounder Shane Watson is the key foreign player. However, they are without the services of Windies spinner Sunil Narine who sustained a finger injury in the recently concluded Bangladesh Premier League, ruling him out of the early stages of the PSL. As a cover, Gladiators have roped in Somerset’s Max Waller on a short-term deal for the injured Narine.

They are also bolstered by the addition of Windies T20 stalwart Dwayne Bravo and Australian leg-spinner Fawad Ahmed, who comes into the tournament after a decent showing in the Big Bash League for Sydney Thunder.

Peshawar Zalmi, on the other hand, are boosted by the addition of experienced batsman Misbah-ul-Haq who was previously attached to Islamabad United. The one-time champions have in their ranks PSL’s all-time leading run-scorer Kamran Akmal and leading wicket-taker Wahab Riaz, who make Zalmi a force to reckon with.

Vote for your favorite team in PSL 2021?