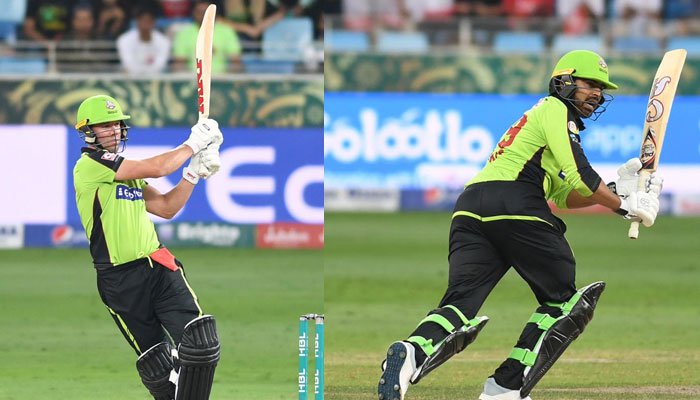 The batting is against Multan Sultanz of Lahore Qalandar in the 29th match of the fourth edition of Pakistan Super League.

Qalandar's captain Fakhar Zaman and Ricky Vishal started the innings, while both the batsmen made 27 runs for the first wicket, Vesel lost courage and made 4 runs to go to Pelilan.

In the last match of his event, Lahore Qalandar's batting line is showing disappointing, Sohail Akhtar 5, Harris Sohail 7 and captain Fakhr Zaman 53 runs in the field.

There are two changes in Multan Sultanz, Shahid Afridi and Shoaib Masood have returned, Fahdar Zaman, captain of Lahore Qalandar, said he was keen to bat first and last match was played on this pitch. That match will also be high scoring.

Both teams have already gone out of the event, so the match will not make any difference to the qualifying teams on the points table.