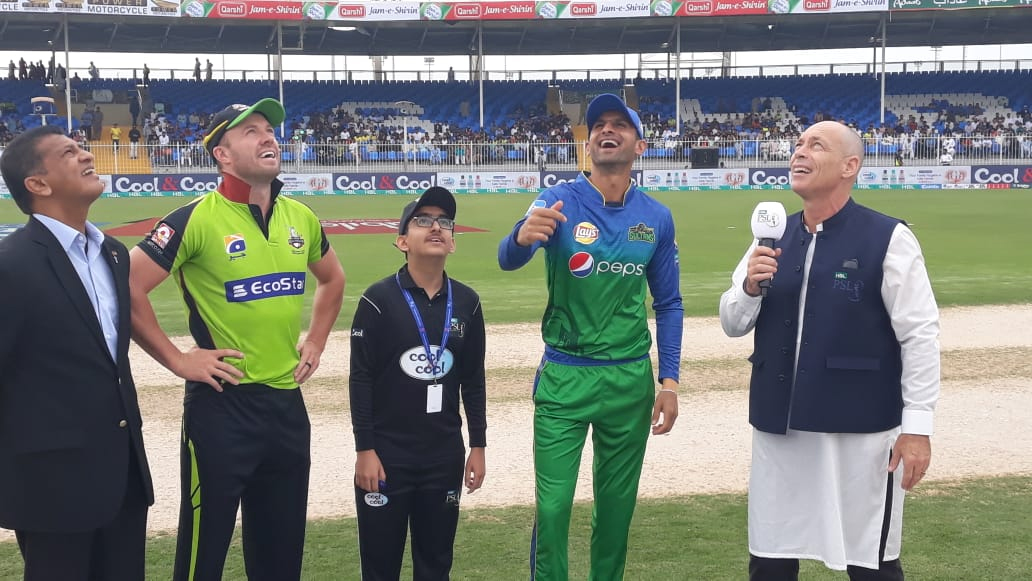 The fourth edition of the Pakistan Super League Group is being completed today, in which two matches will be played.

Lahore Qalandar and Multan Sultan's teams will face the National Stadium Karachi in Karachi at 2 pm in the 29th match of PSL for the match.

Both teams have already gone out of the event, so the match will not make any difference to the qualifying teams on the points table.

The highest total by the Qalandars is 204/4 while the Sultans' highest is 200/6. Both scored their highest totals against each other at Sharjah on February 22.

The most runs scored for Multan Sultans are 266, which were made by their captain Shoaib Malik. He scored these runs in nine matches at an average of 44.33 with two half-centuries.

The highest run-getter for Lahore Qalandars is Fakhar Zaman, who scored 332 runs at an average of 25.77 with two fifties.

The highest wicket-taker for Lahore Qalandars is Haris Rauf, who captured 11 wickets in nine matches at an average of 22.63 with four wickets in an innings on one occasion while Shahid Afridi claimed the most wickets for Multan Sultans, which are eight (ave 29.37).