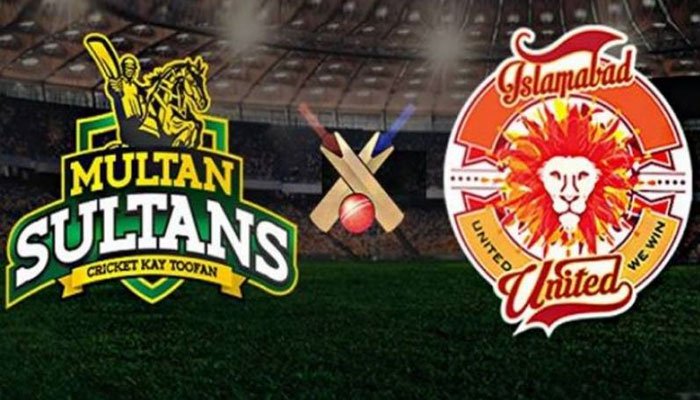 26 February 16 th match 4 edition for P.S.L will be played between Islamabd United vs Multan Sultan tonight at 9:pm Tuestday

In the fourth edition of the Superior Super League (PSL) series of exciting and exciting contests continues, and today Multan Sultan and Islamabad united teams will face.

Multan Sultan and Islamabad united in Dubai International Cricket Stadium will be contesting at 9:00 pm according to Pakistani time.

In the tournament, both the teams have played 5, 5 matches so far, Islamabad-based 3 matches were successful in the five matches, while Multan Sultan has yet won a match in 5 of the matches.

On the table, Islamabad is ranked third with Islamabad united 6 points, while Multan Sultanz is the last sixth position with 2 points.

It is clear that Mohammad Yousufzai, captain of the United Arab Emirates, is not participating in the match, will replace young all-rounder Shadab Khan team.